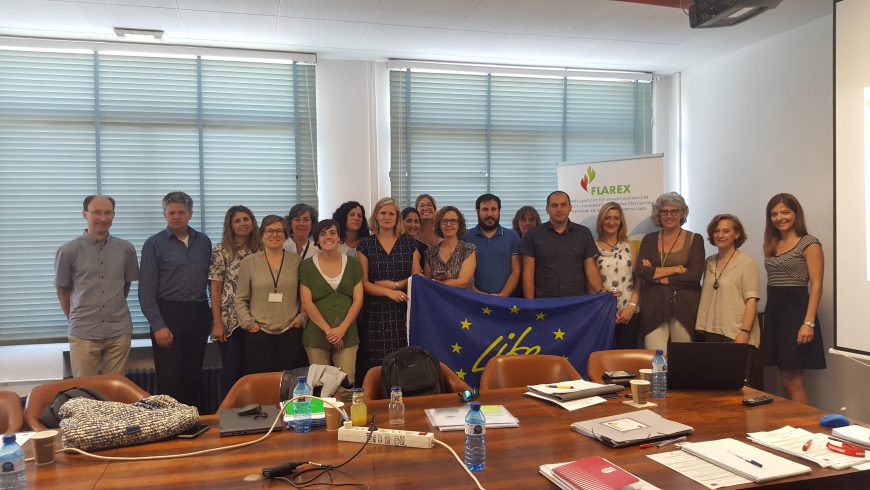 The LIFE-FLAREX consortium gathered in Barcelona for the fifth project meeting on June 5th and 6th.  The External Advisory Board of the project attended to this meeting as part of the project strategy to gather vital inputs during this milestone.

The consortium met at the CSIC’s Institute for Advanced Chemistry of Catalonia (IQAC) in Barcelona, where the consortium reviewed in depth the progress of all the actions of the project.  Several points were treated with utmost detail; particularly, the recently published report on the technical performance of alternative flame retardants conducted at pre-industrial scale. The progress on the Life Cycle Assessment and the Risk Assessment and the results for analytical methodologies for quantifying the different products that will be used to assess the human toxicological profile and the skin penetration.

The industrial demonstration are planned to start in the coming weeks in the different industrial partners that have already confirmed their interest in safer alternatives for flame retardants: E. CIMA, Bonditex and Pertex in Spain, TF2000 and Giordanetto in Italy, and Inotex in Czech Republic.

Other important aspects discussed during the meeting were the strategic plan for promoting substitution towards safer chemicals in the textile finishing process. All partners share a common vision and strategy to involve the different regions of the project and to seek regional synergies with ongoing programs and authorities. It is important to highlight best practices and experiences that companies can relate to in order to make an effective communication that can engage other companies to follow and lead. 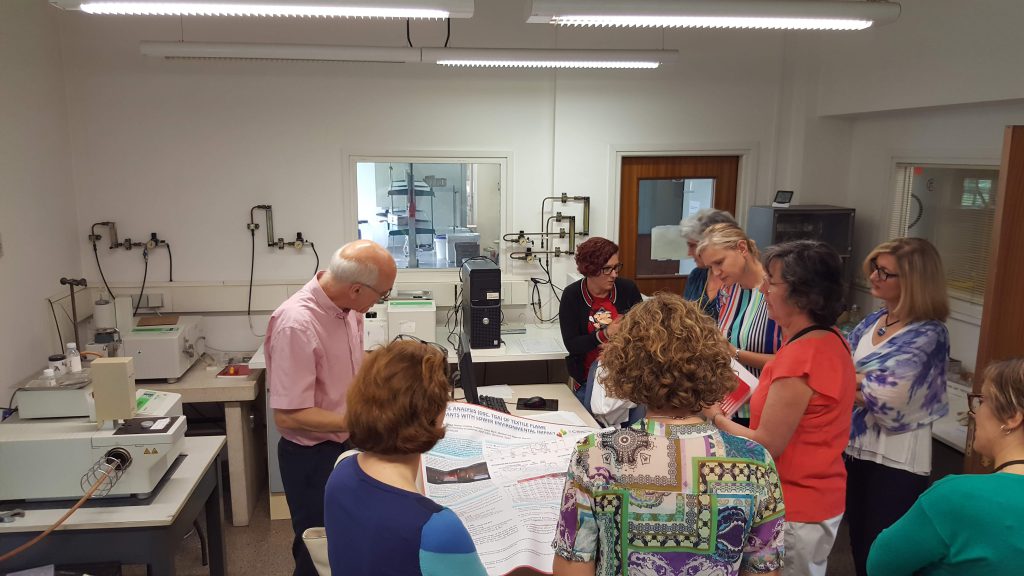 LIFE-FLAREX team during the lab visit of CSIC-IQAC facilities

The meeting included a review of the different dissemination and communication activities that have been performed during the first half of the project. It is noteworthy the presentation of the project at several international conferences including iTechStyle 2019, AEQCT Symposium and the participation of several of the partners in Techtextil 2019.

Lastly, the consortium had the opportunity to do a tour in the CSIC-IQAC facilities that have been used in the project including the skin penetration lab and its equipment and also the thermal characterization lab where the different flame retardants were assessed for stability.