AEI TÈXTILS, ATEVAL, CLUTEX and CS-POINTEX, the four textile clusters in the LIFE-FLAREX consortium, have constituted an European Economic Interest Group association as part of the EU-TEXTILE2030 project. The official presentation was held during its final event on November 21st 2019.

Among the three strategic pillars of this new cluster association, there is the circular economy and sustainability in the advanced textile materials sector along with internationalization and innovation.

The four textile clusters involved in LIFE-FLAREX project (AEI Tèxtils, ATEVAL, CLUTEX and CS-POINTEX) are four out of six founding members of this new European association which was created as part of the COSME project EU-TEXTILE2030, an European Strategic Cluster Partnership for going international.

This new association will be leveraged to provide continued actions and replicability for the LIFE-FLAREX project and other sustainability projects like MIDWOR-LIFE. 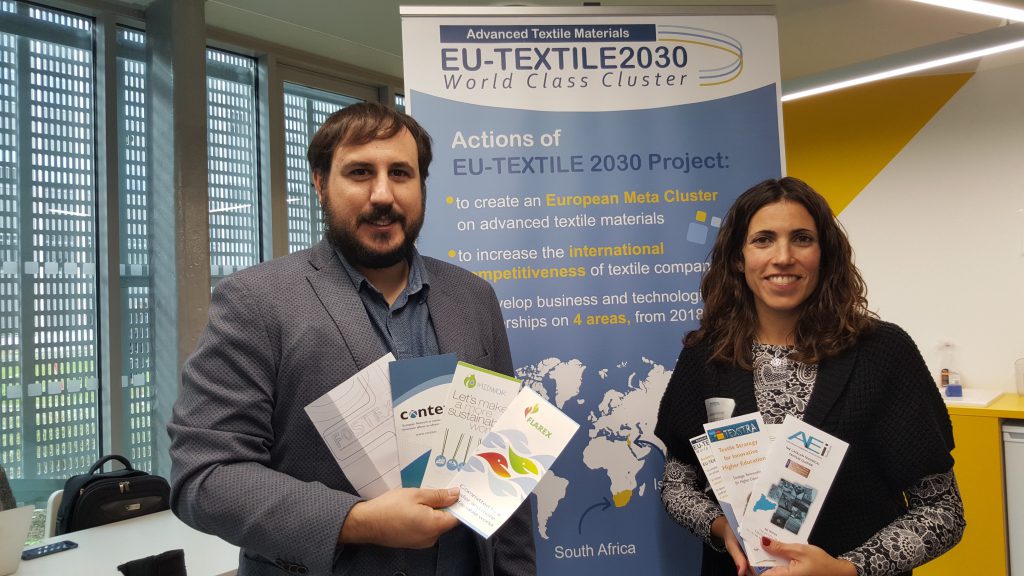